Do name changes bother you? 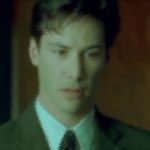 Name changes often bother people who are enslaved to the system. This is not surprising in a society that uses every possible means to tag and track each of us from the cradle to the grave. In our time technology is making that a lot easier – with an ever-expanding reach. How many forms of identification do you own? Why do you often need one more form of identification than you have? And why is a permanent legal name (label) not enough? Like cattle you must also be branded with a number, more than one number in fact, to identify you as the property of your owners. How many numbers have you been branded with? Guard your brand carefully, since it insures your continued acceptance as an obedient slave of the system.

Of course, I’m exaggerating, right? Branding you like cattle is really not all that dehumanizing. It’s a precaution for your own security, to protect you, right?

Or, could it be that your label and your numbers have been secured firmly upon you to control you?

What would you think if I told you that what you have been conditioned to think of as a name is really just a label? Sort of like “Campbell’s Soup” or “Green Giant” green beans. In fact, those companies are considered persons by the system just as much as you are. A name is something far more than a label on either a can or a person, a name in the true sense is who a free person really is. Most of us don’t have names anymore – just labels. Take, for example, Thomas Anderson. In the movie, The Matrix, Thomas Anderson worked at a software firm, paid his rent, and took out the garbage for his landlady. Just a regular guy.

However, though he tried, Thomas Anderson had trouble living within his label. He had an itch in his brain that would never stop. A sense, a feeling, that somehow he was meant to be something more – something Thomas Anderson could never be. Have you ever felt like that?

Thomas Anderson got in trouble with the system. He didn’t mean to. It just happened because he started hearing little slivers of the truth. This brought him in distant contact with a man who was already unplugged, Morpheus, who had long ago broken free from the Matrix. As soon as this contact was made the system immediately intervened to get Mr. Anderson back in line with the Matrix. The Agents brought him in for interrogation – really to scare him away from Morpheus by labeling Morpheus as a bad character, a criminal and a terrorist, which, from the point of view of the system, he was. In reality the Matrix was evil and Morpheus was a freedom-fighter. However, at that moment it was the Matrix and not Morpheus that was in the most powerful position to define “reality.”

Let not this fact escape your notice: Indeed, The Matrix, the system, is so pervasive it has programmed us all from birth and your “opinion” of just about everything has been shaped by it. This mind control programming starts before birth in many cases, but in any event, commences in earnest in the “education” system (read social indoctrination system) with major reinforcement from the religious system, the economic system, movies, TV, most of the internet, and the media generally. Most people are so completely lobotomized by all of this mind control and behavior modification that they play back the party line in their head to complete their own programming – as well as enforcing it on others. 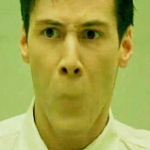 Thus, Smith felt assured of success as he reinforced the programming upon Thomas Anderson – “Mr. Anderson” – as Agent Smith always called him. Why did Smith always call him that? Psychological reinforcement of his label. In other words, mind control to keep the mind-slave weak, afraid and under control. This may be just a movie, but I’ll tell you now, start getting close to a source of true freedom (like Morpheus in the movie – and like me in real life) and the system and it’s mind-slave minions will be decrying that source as both evil and bogus. Why? To turn you away from the message of freedom. Do the “safe” thing and listen to them if you want to, but If you keep mindlessly believing the voice of the system you will never be free.

On the other hand, if you are willing to pay the price of freedom it really can be yours, as “Mr Anderson” – or – more correctly, “Neo” found out. When freedom finally came the label “Mr. Anderson” was soon left behind and the name “Neo” naturally and completely took its place. Why? Because “Neo” was a name not a label. The name and the person were truly one and the same. Neo found that growing into his real identity was a process, even though he had been set free. But in any case, he could only complete that journey by being who he really was – Neo.

This is my story too. My journey required me to leave my label behind and walk in my true name, Eliyahu ben David, to fully become myself.

Now you expect me to give you a blurp telling you what my name means, and how I received that name, right?

I’m sorry to disappoint, but my name is too important to me to reduce it to a sound bite or two. I have published four books and over three hundred hours of radio programming. The answer is in there for those who really want to know.