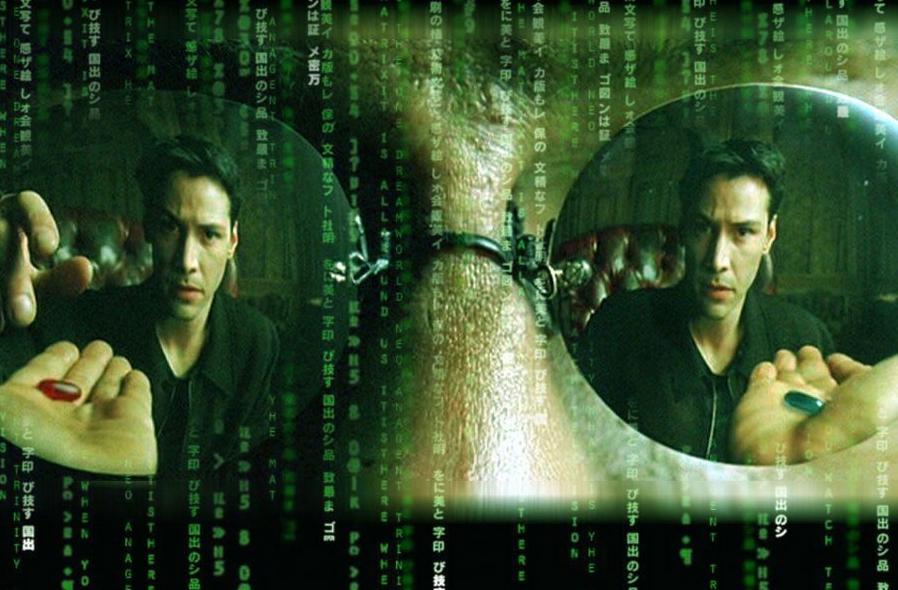 The choice between the “blue pill” and the “red pill” as presented in The Matrix has made its way into the popular culture as a common icon of expression. Taking the “red pill” has come to symbolize opting to know the truth about anything and everything from religion to the new world order. Now, everybody thinks they have taken the red pill, in a manner of speaking.

That’s doubtful, since the red pill choice in the movie introduced Neo into a whole different order of life, reality itself, rather than merely into a more correct understanding of whatever. Indeed, how often has anyone who says they have “taken the red pill” been so radically changed that they are literally a totally new – and radically free – person who is no longer controlled by the expectations put upon them by this world? You don’t see that very much, if ever. I’m saying this now because I want you to understand that taking the red pill more correctly means making a decision that literally moves you from a perceived reality that you share with everyone around you into a new reality that those same people, people in general and those closest to you, are unable to comprehend. In fact, they will likely hate your decision and hate you for making it. Beyond that, they won’t understand anything you do after you make that decision and will instead see your new way of life as either evil or crazy, or both. Some of them will be so bothered by your new-found freedom that they will make it their personal mission in life to hinder you, defame you, or even to kill you.

Now, having that knowledge, will you take the red pill?

I didn’t think so.

On the other hand, if you are one of the few seekers who values truth above comfort, then, consider the rest of my very candid comments here as being shared in hopes of preparing you for the hazards you will face ahead.

If I sound like I’m talking from experience, its because I am. I’m one of the few people you will ever come in contact with that REALLY HAS taken the “red pill” in the fullest sense of that expression. Ever since I took that decision and entered into reality I have walked in radical freedom that has both baffled and enraged nearly everyone from among the great mass of mind slaves now occupying the world system with whom I have come in contact. Why the hostility against me? Because I operate according to the dictates of a higher purpose in my life, and according to a grasp of a higher perspective than they, in their present position, are able to comprehend. To them, the course of my life seems erratic, meaningless and just wrong – as if I am irresponsibly throwing away everything that matters and am instead embracing “crazy ideas” – so they are prone to attribute the worst possible motives to the choices I have made in my life.

My purpose and perspective rightly has a higher priority for me than the expectations of people around me, and even of the system as a whole. If they were capable of understanding my inner compass they would see that every major decision of my life is solidly consistent with the inner core of who I am and where I’m going – which is why I don’t have a “problem” with the experiences of my life that are so mystifying to them. Even reading these words sounds so arrogant to the mind slaves of the “Matrix” that they are blinded with outrage, preventing them from seeing that I’m merely stating the true nature of the situation. It is not unusual for some of those persons to actually, knowingly or unknowingly, channel entities which, in the language of the Matrix movie, are “Agents” bent on my destruction. Such “Agents” easily work through such persons to attempt to neutralize my effectiveness in helping others to break free. Normally, these folks come across as nice people, although when under the influence of the “Agents” they can be deadly. Often such persons arise among the very ones I am seeking to set free.

Remember, if you choose the “red pill” my reality will become your reality, so be prepared. 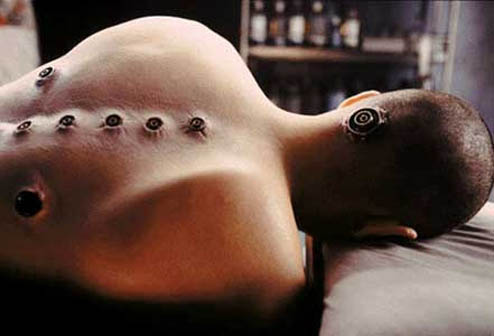 As bad as the aforementioned hazards may sound, these are by no means all, or even the worst, hazards you will face upon choosing the red pill. The very worst, most dangerous and most hurtful of all potential hazards for the “unplugged” has got to be the hazard of betrayal by those who have made the “red pill” choice – but who later regret that choice and want to “go back.” These are the people who represent themselves as standing with you in the truth. In reality, they only thought they wanted the truth – until they found out that the unvarnished truth is not always glorious. In fact, all you can be sure of about the truth is that it is the truth. Sometimes the truth is uncomfortable. Sometimes the truth is harsh. Always the truth is demanding. Worst of all for some people, sometimes the demands of the truth can get downright boring. This was well portrayed in the Matrix movie by the reality that Neo was greeted with on waking up from the Matrix. Living in reality requires all the same virtues people hate in the Matrix. Virtues like self-sacrifice, persisting in boring tasks that need to be done, obeying superiors and doing your part. One big difference is that the need for such virtues is more rigorous in reality than in the Matrix, because in reality much more is at stake.

Speaking of stake ..er, I mean steak, consider the character called “Cypher” in the Matrix movie. He had chosen the red pill and was a valued member of the freedom team put together by Morpheus. Of course, he could have chosen the blue pill, but he secretly cursed the day he chose the red pill instead. He hated just about everything to do with real life, especially the demands reality put upon him. Honestly, he had found the make-believe world of the Matrix to be much more pleasant. This made him an easy mark for the Agents. In the movie we encounter Cypher dining with one of the Agents in a fancy “restaurant” enjoying a piece of digital “steak.”

Check out the video segment of this scene below:

Cypher found out that he could go back – but not without selling out the rest of the freedom team, so he betrayed them to be accepted back in the Matrix. A deal with the devil, if you will. This is surprisingly similar to what sometimes happens in real life. Sometimes people choose the “red pill” – but when they find out that can impinge on their creature-comforts they start to reconsider their decision. The problem is, they have already made some radical changes in their life, and enthusiastically embraced their decision to the displeasure of friends, relatives, employers, etc. How are they going to be accepted now? Only one way, my friend. Blame somebody else. Blame who? Me. You. Whoever introduced them to the “red pill.” They will sell you out, and they won’t tell you first. Often times, you will never see it coming until they have inflicted major damage, as Cypher did to Morpheus and his freedom crew. Trust me, nothing is worse than betrayal.

If all of this is true than why risk it? Why take the red pill? Because there IS a difference between truth and lies. Because this world is passing away. Because, although the lies often feel better, they lead to nowhere you want to end up. Better to be free and eat gruel than to be a slave and eat make-believe steak.

For more, listen to the Tsiyon radio program available from the player . . .