WARNING:YOU HAVE BEEN CONDITIONED TO NOT READ THIS. 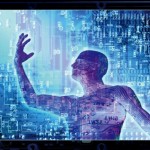 I wonder .. are you the sort who always acts according to your mental programming .. or is there still a small shred of hope left for you, that you could break free?

Let me tell you how it happened with me.

Over 30 years ago I awoke from a vivid life-changing dream not-of-this-world that communicated themes strangely similar to the Matrix Movie, except that The Matrix would not be released for another 18 years. That experience jolted me awake from the mental slumber and stifling control common to the mentally enslaved masses of this world. After that shocking wake-up call I emerged as a whole new man – literally, a man set free.

In my book Holy Order Restored I have testified to what I experienced in that dream and indicated it’s source as outside the world system (the mind matrix) that now dominates the collective mind of humanity. In fact, I have consistently and relentlessly testified of what I saw and experienced ever since that day, over thirty years ago.

The amazing difference between what I saw in my dream and what Neo discovered in the Matrix is that the truth communicated to me is no mere fictional work of art – what I saw IS REAL.

I began urging others to “be free!” here at bfree.org back in 1995. My journey of freedom has taken some twists and turns both before and since, yet, I have never turned aside from my goal of bringing freedom to those who will hear. Now, after thirty years of walking in glorious freedom I continue to reveal the truth to the few who will hear it so as to energize the fewer who will act on it. Finally, the advantage is starting to shift in my direction. More people than ever are starting to wake up because the signs of imminent system failure on a terminal scale are getting so obvious that even many of the sleepers are finding them hard to ignore. Keep your eye on the ball. This is what matters. The truth is: The end of the world happened before. Every indication is that it will soon happen again. Aware individuals can learn from the first end of the world to be among the few that will emerge triumphant from the second. For that to be you, start with this truth:

The Matrix has you. You must break free now.

That sounds easier than it is. That’s why I’m sharing all of this with you.

I hope that perhaps this will help you to break free while there is yet a little time left.